P6: Spatio-temporal modeling to assess the impact of climate change on the burden of malaria and to support early warning systems

The impact of climate change on the burden of malaria has been evaluated using mechanistic and statistical models. Yet, the results are inconclusive. Most model formulations do not directly incorporate interactions between climatic changes, malaria interventions and socioeconomic effects, which are likely to influence the disease burden in the future. This is partly explained by the scarcity of quality, long-term malaria data. There are a few health and demographic surveillance systems (HDSS) in Africa that routinely collect data on malaria incidence and mortality, malaria interventions, vector densities and household-related indicators.

These HDSS offer unique platforms for modelling the spatio-temporal interactions between the climatic and non-climatic factors on the disease burden. Strengthening model-based disease surveillance for forecasting outbreaks will enhance preparedness to the impacts of climate change. Mathematical malaria transmission models are increasingly used for evaluating the effects of control interventions on disease dynamics. However, our knowledge about their forecasting potentials for early warning compared to purely statistical models is limited. Microbial larviciding is an environmentally-driven intervention however it is unclear how climatic factors influence its effectiveness.

The overarching goal of the project is to deepen our understanding of the effects of climate change on the burden of malaria and to innovate methods which strengthen disease surveillance and climate adaptation. The specific objectives are to (i) estimate the relative contribution of climate variability, land use, malaria vector control coverage and socio-economic factors to changes in malaria incidence and mortality; (ii) develop stochastic metapopulation malaria transmission models which incorporate climate and control intervention effects; (iii) develop spatio-temporal statistical models to forecast malaria; (iv) evaluate the effects of environmental vector-control with microbial larvicides on the burden of malaria; and (v) project future malaria burden based on scenarios driven by climatic and non-climatic factors.

We will accomplish these objectives by (a) employing and further developing Bayesian spatio-temporal and stochastic malaria transmission models; (b) using powerful computational algorithms such as iterated filtering, Hamiltonian (HMC) and particle Markov chain Monte Carlo (pMCMC) simulation; and (c) analysing data from the HDSS in Nouna and Kisumu, the Health Information System in Burkina Faso and Kenya, outputs of climate models, and satellite-based climatic and environmental proxies. The project will provide (i) exposure-response functions linking malaria incidence and mortality to outputs of downscaled climate models; (ii) validated spatio-temporal malaria forecasting models; (iii) a web-based early warning system; and iv) a deeper understanding of the impact of climate change on the burden of malaria. 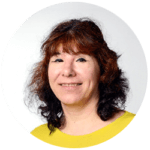