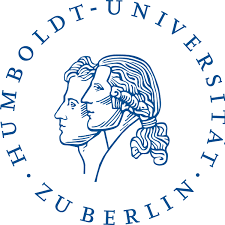 Computable general equilibrium models (CGEs) are used to gain an understanding of economy-wide implications of exogenous shocks to national economies such as climate, policy or world market price change. Climate change impacts on health through a variety of mechanisms: In SSA, typical pathways are through lower crop yields (with effects on under-nutrition), increasing incidence of malaria and heat stress. Such effects will have effects on economic systems for example through changes in equilibria on agricultural markets and effects on morbidity and mortality within the labour force. Economy-wide effects of these impact pathways have been analysed with different CGEs, but not in an integrated approach. An integrated assessment, however, is important, as any kind of adaptation strategies involving costs (whether public or private), should be based on a comparative cost benefit analysis.

The overarching objective of this research project is to develop a CGE framework to simultaneously simulate health-mediated impact pathways of climate change on the economy as a whole and the effectiveness and efficiency of adaptation strategies. The CGE framework to be developed will be generic, but its specification will be tailored to Kenya and to Burkina Faso and its usefulness will be tested for these two countries. The fact that Kenya and Burkina Faso are quite different from a socio-economic as well as from a biophysical perspective will support the demonstration of the generic nature of the framework. Several sub-objectives are derived from the overarching objective: 1) Review the existing 2014 SAM for Kenya and extend it by relevant household and factor account categories as well as satellite accounts, 2) review the existing 2008 SAM for Burkina Faso and develop a new SAM including the relevant regional and institutional disaggregation and satellite accounts, 3) develop a single-country comparative static CGE framework allowing for the simultaneous analysis of health mediated climate change impact pathways and apply this framework to Kenya and Burkina Faso, 4) analyse economy-wide effects of different impact pathways of climate change on health and their interaction, 5) analyse the effectiveness and efficiency of selected adaptation strategies and 6) conceptualize a recursive dynamic CGE version for a better understanding of the time path of climate change impacts as well as adaptation strategies.

The work programme for the proposed research is divided into four project phases: 1) Literature review and database development, 2) model development, 3) scenario analysis, including a benchmark and several climate change scenarios, reflecting the effects of yield changes, as well as heat stress and malaria implemented through changes in the labour force (reflecting changes in mortality) and in labour productivity (reflecting morbidity) as well as adaptation measures, 4) discussion and integration of results, conceptualisation of future model developments. 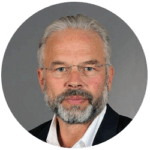